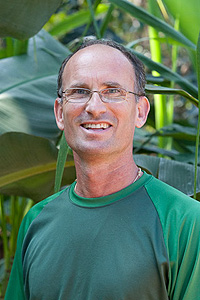 Craig has been working for Hawai‘i Island resource self-sufficiency since 1989. His internationally recognized publications have guided thousands of readers in becoming more proficient in ecological food production, agroforestry, and reforestation. Craig edits The Overstory, a monthly agroforestry journal with over 8,000 subscribers in over 180 countries. He led the Traditional Tree Initiative (2002–06), a project to educate extension agents, farmers, ranchers and landowners about native and traditional trees of the Pacific. He has presented numerous workshops and field days in sustainable agriculture, with over 2,500 farmers and resource professionals participating since 1993. His books include Agroforestry Guides for Pacific Islands (2000), The Overstory Book: Cultivating Connections with Trees (2004), Traditional Trees of Pacific Islands: Their Culture, Environment, and Use (2006), and Specialty Crops for Pacific Islands (2011), all of which promote diverse agricultural systems that produce abundant food, fiber, medicine, and other important resources. He is currently directing Hawai’i Community-Based Food Security, a professional development project for perennial food systems (2011-2014) and is co-director of“Ho’oulu ka ‘Ulu—Revitalizing Breadfruit, a project to restore breadfruit trees and other important traditional crops in Hawaiian landscapes. 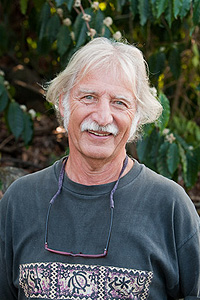 Pedro is a small farmer, editor, community networker, and former environmental activist. He founded and was Director of the Siskiyou Regional Education Project.

He was also editor of the Siskiyou Journal, a monthly bioregional report of local culture, environmental issues and organizations. He has extensive experience coordinating regional sustainability conferences which bring together a broad range of stakeholders. 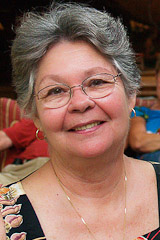 Born in Cuba, Sonia has always been drawn to tropical climes and cuisines. Her passion for food and cooking led her to own and operate kitchen gourmet shops and cooking schools first in South Carolina and later in Florida. After moving to Hawaii in 1994, she and her son operated a B&B, cooking school and gourmet shop in Honomu for several years. She has been a food writer and columnist since early 1999, contributing to several island newspapers and a Honolulu fishing periodical. She is currently a contributing writer for Edible Hawaiian Islands, The Hamakua Times and Gather.com, where she has served as a Food Correspondent for two years. Her cookbook Tropical Taste is now in its second printing. Sonia founded Freecycle Big Island in 2004. With almost 3,000 members, the group is instrumental in helping keep our landfills from filling up with usable items by giving them a second and sometimes third chance at life. Recently she started the Abundance - Hawaiian Sust 'AINA ble Lifestyle page in Facebook, which now has over 500 members and whose mission it is to find the best markets, farms, food and sustainable life on the Big Island. She moderates several special interest and cooking groups on the Internet where she is known as foodiesleuth or the cubanwahine. You can keep up with Sonia's food and gardening adventures in her website http://www.soniatasteshawaii.com and http://foodiesleuth.gather.com. 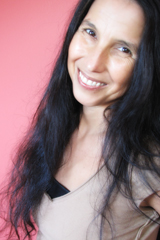 Andrea is a Socio-Eco-preneur who works with communities, businesses and non-profits on initiatives that enhance island economy, environment and community. She works on a wide range of business and community projects and her services include project management, training, facilitation, feasibility studies, grant writing and management, communication and community education initiatives. Andrea's current projects include the creation of a Hawaii Island chapter of BALLE (Business Alliance for Local Living Economies) and the North Kohala Eat Locally Grown Campaign—both initiatives aimed at growing a local, sustainable economy.

Robin and Alex of Webolution9 surpassed all expectations in leading the challenging, complex and exciting development of this website. We hope site visitors will see how easily they can access the abundant sustainable food resources found on Hawai'i Island—a testament to Webolution9's expertise.